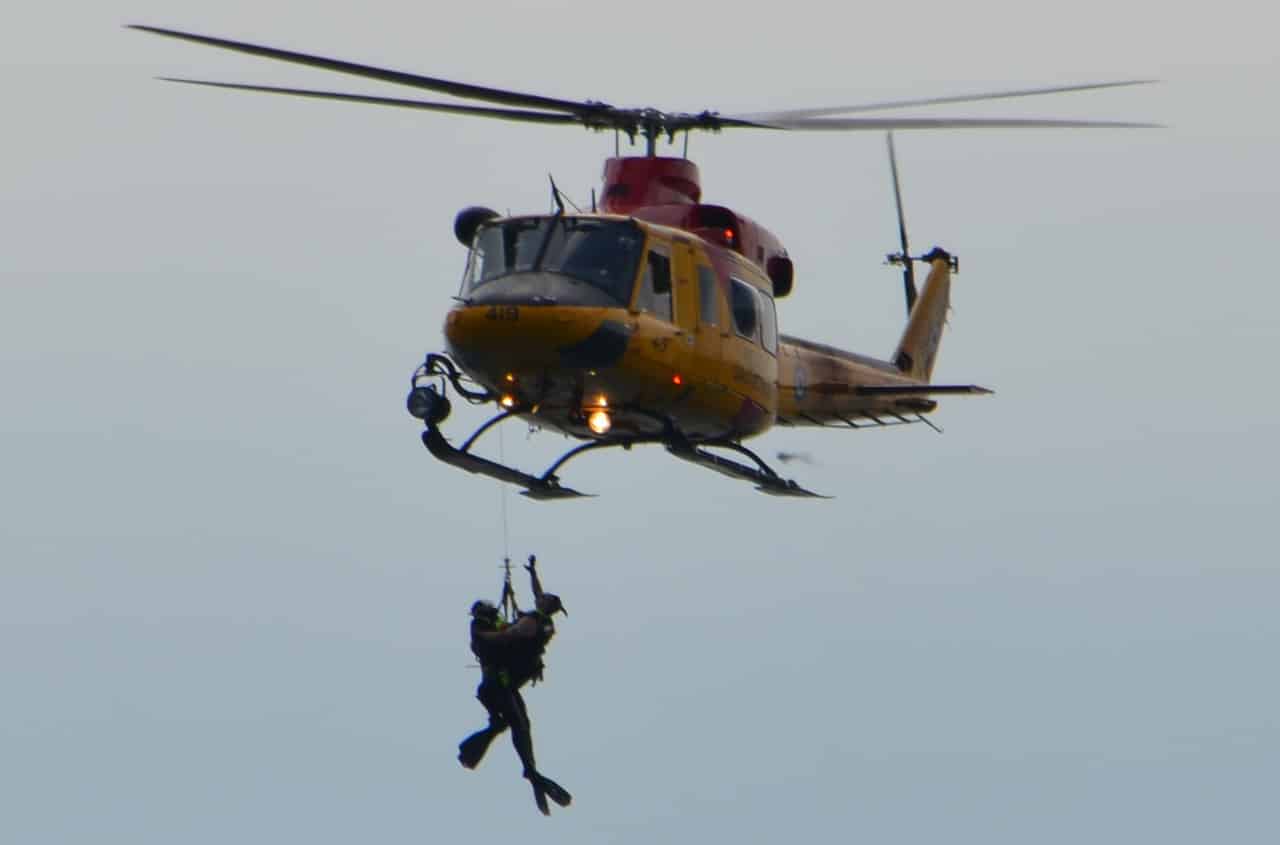 The local media outlets recently captured a video that nearly lasted for a minute, showed an unusual scene of a 74-year old woman. On Wednesday morning, the video was uploaded on social media and viewed for more than 10 million times.

Early morning on Tuesday, at the Phoenix Mountain Preserve, the helicopter rescue was assumed to be normal, 74- year old woman tripped and fell down while hiking at Piestewa Peak, she was unable to walk and confused. So the firefighters tied the elderly woman to the basket and airlift her to take her to a nearby hospital.

When the firefighters were pulling her up an unreal incidence took place, the stretcher holding the septuagenarian started to spin gradually. Within no seconds, the red stretcher was rotating even much faster, and the elderly women were furiously churning similar to a runaway windmill.

The incidence took place on Tuesday, near 24th Street and Lincoln Drive; she was later rescued after getting injuries.

Phoenix Fire Department’s Capt. Rob McDade said, Firefighters reached to the patient and considered the best action could be to fly the patient out of the mountain. They tried to airlift her according to the rescue plan, but their plan failed. When they started with the rescue plan, the helicopter rotor’s air turbulence made the woman to experience a rough ride. She was spinning at a fast pace on the stretcher which was below the helicopter. The woman was then taken to a trauma center for further examination.

The video is shared over the social media, and you can watch the video to get a glimpse of the incidence.

The rescue video has been viewed by the world and is getting global attention, so the officials on Tuesday afternoon, at a news conference briefed about the rescue incidence saying, at some point, when we bring the helicopter to ground, it will start to rotate. However, we have a string that is attached to the basket in order to prevent spinning. In today’s case, this didn’t happen. The basket started to rotate, a chief pilot with the Phoenix Police Department, Paul Apolinar mentioned.

Apolinar further said: “It’s something that’s a known phenomenon in the hoist rescue industry, so we train for it. We did a couple of procedures to stop it, mitigate it, and be able to eventually get her into the basket.”

The pilot of Phoenix Police, who was instructed by Apolinar to fly the helicopter during the rescue operation, says this is not the first time; it has happened earlier too and been for a long time now.

We have managed to learn some techniques in the past to solve it and one of it you will see it in the video. “When they start to lower the load, and it actually does start to stop, and then we slowly brought it back up, but it gets into the same downwash from the aircraft, started to spin again.”

However, Fire officials supported the use of a helicopter to rescue the elderly woman mentioning:

The crew considered helicopter as the best option to rescue the woman in this case, due to elderly woman’s age and her injury, the amount of work, the terrain, the temperature and time required to bring her down in a large wheel or other, the helicopter was the right option. Capt. Bobby Dubnow mentioned. Dubnow says the woman had dizziness and nausea a bit at the beginning and there were no other injuries caused by the spin.