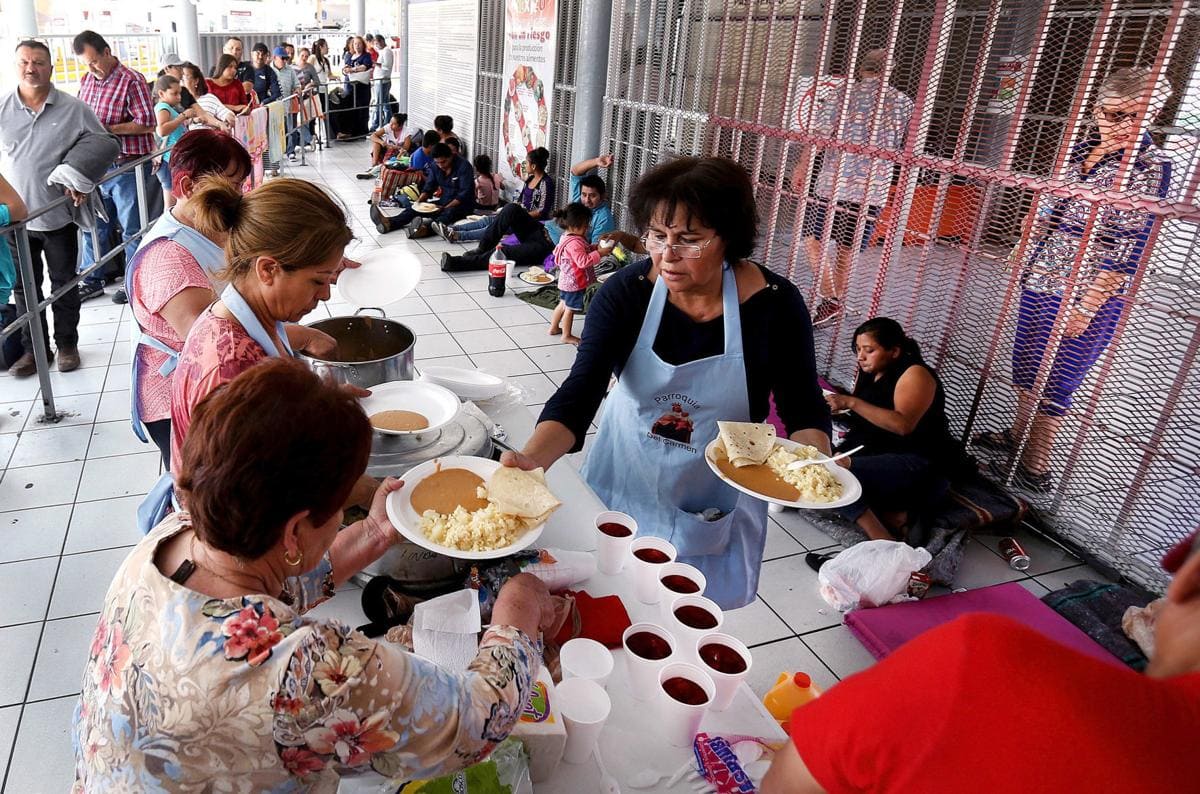 As per the officials of Nogales and Sonora, the cities are not in a position to accommodate more asylum seekers for extended periods as they wait for their U.S. immigration cases to go through the system.

They said that not any other Mexican border communities are ready to accept more asylums.

“I don’t think there’s any border city that right now has either sufficient resources or the preparation to house these people for an extended period of time,” said Jorge Jauregui, city manager of Nogales, Sonora.

As per the information, the mayor has directed to assist those who are coming through or being deported through the city.

He said, “We have resources and plans to assist in times of an emergency, but we would have to reach out for help to our partners in the state and the federal government.”

On Thursday, the U.S. Department of Homeland Security has announced a new policy that would send the Central American asylum seekers back to Mexico until the time their respective cases are pending. Under the new Migrant Protection Protocols, unaccompanied minors and others considered belonging to vulnerable groups or who can prove that they face persecution or torture in Mexico would be exempted.

Currently, many of the Central American families who arrive at a port of entry or who turn themselves into Border Patrol agents are appropriately investigated and released with a notice to appear before an immigration official. That’s usually at a place where they have a friend or relative already in the country, but it takes years to appear before a judge to solve their cases.
As per the Government, many of these families are taking advantage of what it calls loopholes, laws that limit the time a child can be in detention to 20 days, and the lack of detention space for families.

Representatives from the Mexican government said during a news conference Friday that the United States will send up to 20 people a day starting at the San Ysidro Port of Entry in California, and the U.S. has an idea to expand the policy to other parts of the border slowly and gradually.

“The Mexican government does not agree with the unilateral measure implemented by the U.S. government,” said Roberto Velasco, spokesman for the Mexican Foreign Ministry. “Nonetheless, in line with our new migration policy, we reiterate our commitment to migrants and to human rights.”

He said that Mexico would issue temporary humanitarian permits but would not allow unaccompanied minors and the people who have been denied by the U.S. on serious health problems.

He said the real solution to this problem lies in investing in the origin countries from where the U.S. is getting asylum seekers. “Migration should be a choice, not a necessity,” he added. This statement echoed Mexico’s newly elected president, Andrés Manuel López Obrado’s idea.

However, there is not much information about how the new plan which discussed in December is going to be implemented. Neither Salvadoran nor Guatemalan consulate officials in Tucson had received any official notification from their governments about any specific protocols.

“We respect the policies of the United States and remain vigilant of the situation,” said vice consul from El Salvador Julio Calderon. “We are committed to working the hours and days necessary to meet the needs of our Salvadorans.”
It should be reported here that the nearest consulates from both the countries on the Mexican side are in Tijuana.

As per the reports, DHS officials expect the cases to be resolved within a year, as the first appointment will be taking place within 45 days of entry.

Joanna Williams, with the binational organization Kino Border Initiative said if the protocol is not immediately implemented across the other part of bordering states, cities like Nogales will feel the ripple effects as some migrants choose to cross elsewhere.

The Kino border Initiative works with the attorneys who provide “know your rights” presentations to the families waiting to be processed at the port of entry. But, as of now, the Initiative’s capacity is limited.

Laura Belous, advocacy attorney with the Florence Immigrant and Refugee Rights Project, said, “People who are able to retain counsel have a much bigger chance of winning their case, but how does someone retain counsel, visit their clients, help that person gather their documents from Mexico when they are from another country?”

She added it is very challenging as far as logic goes and in general it like another attack on the asylum seekers.

Most of the border cities have migrant shelters to accommodate mostly deportees. But now the need has been increasing gradually from the families waiting to be represented at port entry.
There are four temporary shelters operated by non-profits.

Williams said, “Organized crime preys on migrants, and they could become more exposed to violence once they are returned, there are big scale and tiny logistical pieces that haven’t been contemplated.”

Explore the Top 3 Events in Arizona