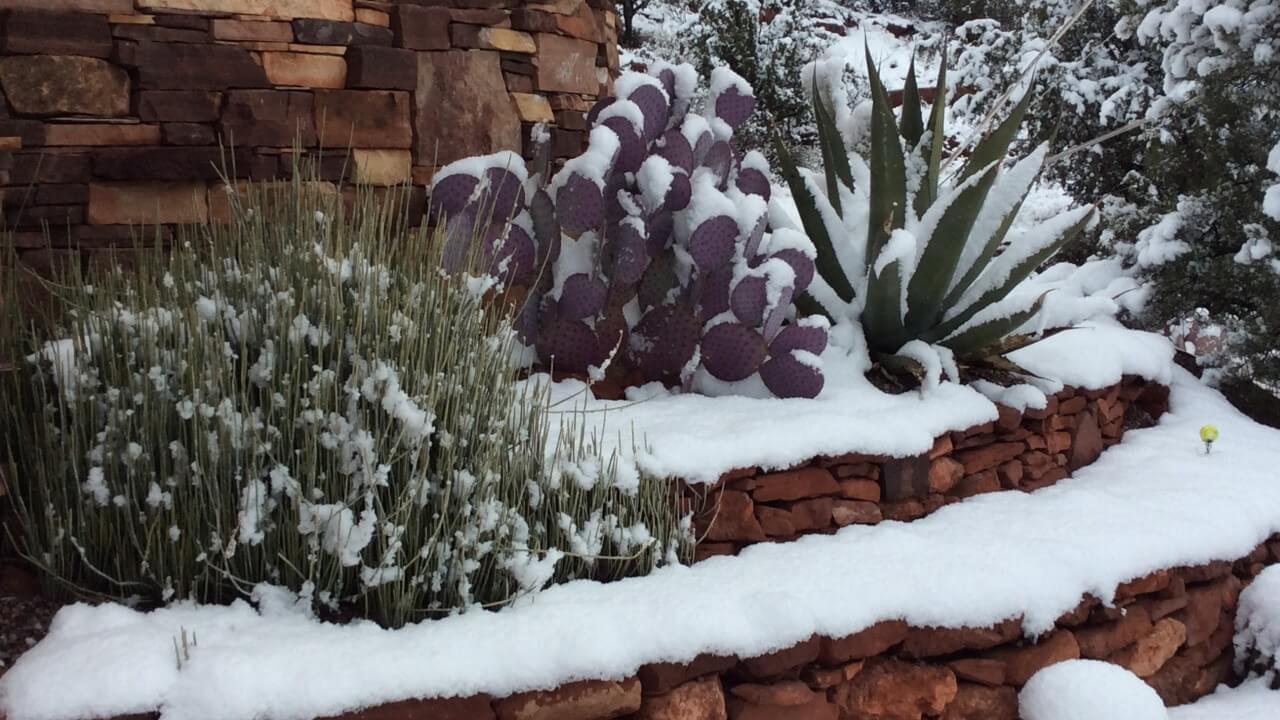 Phoenix – The temperature in Phoenix dropped to 30 degrees, which is reported to be the lowest in six years.

The Phoenix Sky Harbor International Airport experienced a temperature of 30 degrees which is the coldest since January 15, 2013, when it hit 29 degrees, reported The National Weather Service.

The temperatures are expected to drop into the 20s and 30s in the coming days and owing to this freeze warnings have been put into effect.

The drop-in temperature has resulted in heavy snowfall in various parts of Arizona including Tucson. Additionally, some areas are also expected to experience several inches of snow in the coming days.

The Superstition Mountains also witnessed a significant amount of snowfall which led to a dusting of snow that blanketed the mountains which are just east of the Valley.

The State Department of Transportation also reported a whiteout situation on the State Route 90 near Sierra Vista. Taking stock of the condition, it sent plows to the Interstate 10 in the Benson area.

The National Weather Service said snowfall by midmorning was beginning to decrease in Nogales in Santa Cruz County but was expected to intensify in Douglas in Cochise County as the morning went on.

Further, the National Weather Service came with the news that the snowfall was beginning to lessen by the midmorning in Nogales, Santa Cruz County. However, the snowfall is expected to increase significantly in Douglas, Cochise County as the morning passes by.

The Weather Service also forecasted snowfall in the White Mountains of east-central Arizona.

Based on the weather and prevailing situation, the forecasters issued the warning of a winter storm for the area in the evening time.